Email
Gshare
A selection of studies on Arakan, offering a range of perspectives

1. Website of the International Court of Justice - Gambia v Myanmar

6. Analysis Brief by the International Commission of Jurists - 5 December 2019

9. Joint Statement by Canada and The Netherlands on support for Gambia - 19 December 2019

18. Press Release by the Myanmar Ministry of Foreign Affairs - 23 January 2020

21. The Maldives to file declaration of intervention - 25 February 2020

22. Foreign Ministers of Maldives and The Gambia discuss intervention - 25 March 2020

23. Joint Statement by Canada and The Netherlands on Intention - 2 September 2020

1. Challenges for the ICJ in the Reliance on UN F-FM Reports: Michael Becker 14 December 2019

4. Center for Global Policy: "No Place for Optimism"  May 2020. A preview of Myanmar's Report

4. Press Statement by the Office of the President on the ICC decision: 7 September 2018

5. John Bolton theatens sanctions against the ICC: The Hill 10 September 2018

8. Statement by Fatou Bensouda on opening a preliminary investigation - 18 September 2018

9. Article by Haydee Dijkstal on the ICC decision in the ASIL "Insights" - 26 November 2018

10. Statement at the Conclusion of Visit by Office of the ICC Prosecutor 6-11 March 2019

12. Statement by the Prosecution seeking authorisation to proceed with an investigation - 4 July 2019

14. ICC authorises opening of an investigation into the situation in B'desh/Myanmar - 14 November 2019

15. Decision on the authorisation of an investigation into the situation - 14 November 2019

18. Rules of Procedure and Evidence of the International Criminal Court

6. Final Report of the detailed findings of the Fact-Finding Mission - 17 September 2018

7. OHCHR Press Notice on the occasion of the release of the F-FM Report - 18 September 2018

14. Speech by Radhika Coomaraswamy on the Rohingya question 3 May 2018

15. Critical comments on this speech by Derek Tonkin 21 December 2018

18. Report of the Independent Investigative Mechanism for Myanmar - 7 August 2019

23. OHCHR Compendium of Reports by the Fact-Finding Commission

BROUK and other organisations file lawsuit in Argentina: RFA - 4 November 2019

5. Press Release by the ICOE on the Submission of their Final Report - 20 January 2020

6. Press Release by the Office of the President on the ICOE Report - GNLM 21 January 2020

7. Executive Summary of the ICOE Report released on 21 January 2020

8. Press Release by the Office of the Attorney-General - GNLM 22 January 2020

16. Announcement by Union Attorney-General's Office re ICOE prosecutions - 15 May 2020

17. Press Release by the Attorney-General's Office on the ICOE Final Report - 23 November 2020

Advisory Board for the Implementation of Recommendations on Rakhine State

2. Statement by Gov. Bill Richardson on his resignation from the Board - 24 January 2018

4. Remarks by Kofi Annan, Chairman of the Advisory Commission

3.  Patterns of Composition in the Bengali Literature of Arakan Open Book 2015

Dr. Maung Zarni campaigns internationally on behalf of the Rohingya. His website at this link contains a record of his presentations and interventions. British Gazeteers and Other Reports

In 1939 the Governor of Burma appointed a Commission of Inquiry to examine the question of Indian immigration into Burma. It was prompted by communal disturbances during the previous year due to “the existence of a serious misapprehension in the minds of many Burmans that Indian immigration was largely responsible for unemployment or under-employment among the indigenous population of Burma” (Joint Indo-Burmese Statement - See Page 8 of Part B). The Commission was headed by James Baxter, Financial Secretary, Tin Tut, Barrister-at-Law and the first Burmese member of the prestigious Indian Civil Service, and Ratilal Desai MA.

[After the war Tin Tut became Financial Adviser to the Anti-Fascist People’s Freedom League and accompanied Aung San to London in January 1947. His assassination in Rangoon in December 1948 is discussed on pages 399-400 of the enthralling study, published in 2007, of the end of Britain’s Asian Empire: “Forgotten Wars” by Christopher Bayly and Tim Harper.]

We attach a full copy of the Report of the Commission completed in October 1940 and published in Rangoon in 1941 by the Government Printing and Stationery Office. The Report made recommendations which were generally accepted by the Governments of Burma and India as a basis for negotiation and were finalised in an Agreement between the two Governments - See Page 9 of Part B). The Agreement provided that the existing Immigration Order of 1937 would continue at least until 1 October 1945, while Indian immigration into Burma would be subject to the new rules contained in the Agreement with effect from 1 October 1941. On 8 December 1941 the UK declared war on Japan, and the rapid invasion of Burma by Japanese forces meant that the Agreement never came into effect.

We present in two parts:

The Report is available in at least 20 Libraries around the World including the UK, US, Singapore, Australia, New Zealand, Switzerland and Myanmar.

It is particularly worthy of note that:

An Arakanese view in 1957 of their tribulations
British Ambassador Richard Allen reports on Arkanese affairs - 10 May 1957
In a despatch to London in May 1957, Ambassador Richard Allen reported that during a recent session of the Burmese Parliament, a redoutable Member of Parliament, U Kyaw Min, barrister and former member of the Indian Civil Service, had presented in strong terms during a speech made on the 15th March 1957 the grievances and aspirations of Rakhine politicians and the local population. He noted in his despatch: "The intemperance of U Kyaw Min's speech caused an uproar and the Speaker directed that it should not be published". However, the Ambassador obtained a copy and the speech soon became public knowledge.
It is worthy of particular note that U Kyaw Min did not refer to the Muslim community in Arakan during his speech, which was directed rather against the central governement of U Nu and his Anti Fascist People's Freedom League (AFPFL), both seen as the source of all Rakhine tribulations.
Later in 1957, U Kyaw Min was able to publish a paper in amplification of his speech. This paper reproduced the essence of his remarks, adding one short paragraph only about the "Chittagonian problem", saying that this was not serious as Chittagonians came to Arakan "as servants and labourers and as such they were wanted in Arakan" and when they settled as peasants "there was enough room for them because of the lack of Arakanese farmers. The first clash between them was with the advent of the Japanese in 1942. But that is a story apart."
Mizue Sarro - U Kyaw Min's speech in historical perspective (in Japanese), March 2000

Rohingyas: An Historical Note
The Guardian (Rangoon) - 6 July, 12 November and 16 November 1961
These pages from The Guardian in 1961 record the surrender of Mujahid insurgents at formal ceremonies at Maungdaw, Mayu Frontier District, Rakhine State, on 4 July and 15 November 1961. The ceremonies were presided over by the Vice-Chief of the General Staff, Brigadier (later Brigadier General) Aung Gyi. At the ceremony on 4 July 1961, he is reported in The Guardian to have made the following comments:

"The VCGS (Brigadier Aung Gyi) pointed out that like all other minorities such as Nagas, Shans, Yingphaws [a minority in Kachin State], Lisus, people of Chinese origin in Kokang and others who live on both sides of the 2,000 mile long frontier, there are people of Chittagonian origin living on both sides of the border. As Lisus on the Burmese side of the frontier is [are] taken as Burmese citizens, similar status applies to the Rohinjas who have been residing on Burmese side of the border for generations. But those minorities must be loyal to the Union, Brigadier Aung Gyi emphasized......

"In a 45 minute long speech VCGS impressed on the Rohinjas that they were Union citizens and there was no racial or religious discrimination in the country and that everyone in the Union are brothers and sisters of one big family.

"He stressed the need for every Union citizen to be loyal to the Union and to cooperate with the authorities to establish the rule of law and restore peace and security in the country....."

The full text of Brigadier Aung Gyi's speech on 4 July 1961 in Burmese may be found at this link.

Derek Tonkin writes: The articles are unequivocal in two respects. Firstly, that according to the VCGS  those who call themselves Rohinja/Rohingya are Union citizens and one of the ethnic minorities of the Union, but secondly that they are of Chittagonian origin living on both sides of the border, in what was then still East Pakistan, as well as in Arakan. Researchers may wish to know that the Foreign and Commonwealth Office has now released files for 1982 relating to Burma/Myanmar. These include File FCO 15/3177 “Burmese Citizenship Law 1982” which includes diplomatic reporting on the significance of the Act, from both British and Australian sources.

While the Act is described by First Secretary Roger Leeland as “blatantly discriminatory on racial grounds”, he observes that “it would be possible to argue that the new Law is a generous and far-sighted instrument to resolve over a period of years an awkward legacy of the colonial era”. Second Secretary Roland Rich at the Australian Embassy comments that “…..the discretion given to the executive branch of government, unchecked by even the possibility of judicial review, means that judgement must be reserved until there has been an opportunity to assess the spirit in which the Law will be implemented.”

Derek Tonkin writes: These reports merit close reading because they support the conclusion today that it is not so much the letter of the Act as the subsequent bureaucratic obstruction which has led to the very serious difficulties over citizenship which Arakan Muslims in Rakhine State face today. See also Problems with facts about Rohingya statelessness - Nick Cheesman December 2015 in this context.

The August 1963 edition of “The Guardian Monthly” carried an informative article on “Akyab [Sittwe], the Capital of Arakan” by leading writer Tha Htu, who lambasts “the ungracious politicians of Akyab who indiscriminately go in for black-market, smuggling and harbouring or bringing illegal immigrants from East Pakistan to get into electoral rolls for their sake of their party [the AFPFL dissolved the previous year]. He refers also to “those slave labourers” known as “Royankya or Arakanese Muslims” and observes: “The immigrants of the Chittagonian race find their way into the society of the local Royankya and gradually they become absorbed with them. Eventually they also claim to be Royangya [sic], descendants of the Muslim slaves in Arakan. Consequently, the Arakanese are slowly but surely being ousted by the peaceful penetration of the Chittagonians in every walk of life.” [Akyab District was later split into Sittwe and Maungdaw Districts.]
The extent to which Chittagonian migrants into Arakan have usurped the identity of the indigenous Arakan Muslims was also the subject of a hard hitting article by Seit Twe Maung, quite possibly a pseudonym, entitled “Rohengya affairs" in the publication “Rakhine Tanzaung Magazine” Vol. 2 No. 9 1960-61. While expressing his sympathy for “those Arakan Muslims who have stayed among us for generations. We will continue to regard them as our kinsmen and our brethren”, he criticises Muslim writer Ba Tha for a recent publication about the history of “Roewengyas” and concludes: “It is quite clear why Ba Tha and his comrades are trying to create these Chittagonian settlers as an indigenous separate race.” Ba Tha’s article asserted that the descendants of early Arab settlers were called Rowenhynas who later became Roewanyas. Seit Twe Maung clearly doesn’t believe a word of all this and tells us why in considerable detail. 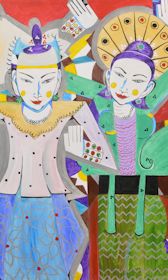 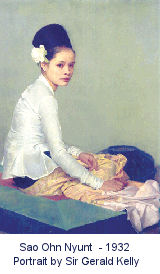 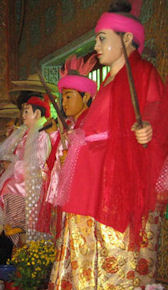 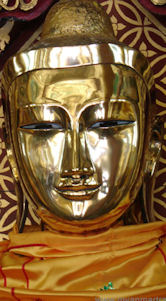