Legal Texts and Commentaries relating to Citizenship and Statelessness

10.   Text of the Constitution of the Socialist Republic of the Union of Burma 1974

[The Union Citizenship Rules of 1948 may be found in the Verma Compendium at 2 above.]

2.    Convention and Protocol on the Status of Refugees 1951

3.    Text of Convention relating to the Status of Stateless Persons 1954

5.    Text of Convention on the Reduction of Statelessness 1961

7.    Text of Council of Europe Convention on the Avoidance of Statelessness 2006

The UN Fact-Finding Mission's Mischievous Use of Historical Sources

Extract Page 17: “In 1982, a new citizenship law was enacted. There is a common perception that the Rohingya were stripped of their citizenship by this law. That’s not true….”

Why law reform is urgent and possible: a legal briefing

Myanmar’s government insists upon Rohingya participation in discriminatory citizenship processes as a precondition of refugee repatriation to Myanmar; an opportunity for the ICC to assert its jurisdiction.

Problems with the Kofi Annan recommendations on citizenship - 16 December 2018

A critical analysis of some aspects of this important publication

An historical review of citizenship law in Myanmar, with emphasis on the current situation

Exploring the Issue of Citizenship in Rakhine State - September 2017

Asking what citizenship means to citizens

National Races and the Exclusion of Rohingya from Taingyintha: Nick Cheesman 2017

Study on Community Perceptions of Citizenship, Documentation and Rights in Rakhine - UNHCR August 2016

After the 1982 law passed the legislature, initially not much happened. Burma’s bureaucracy embraced it with characteristic creative inertia, doing nothing.

Rohingyas 'have the right' to apply for Burmese citizenship: Radio Free Asia - 13 September 2012

At their meeting on 11 July 2012 President Thein Sin explained that the descendants of Bengali migrants during British rule were entitled to citizenship from the third generation.

An analysis by Amnesty International of discrimination against the Rohingya, especially over citizenship.

Pyithu Hluttaw statement on the origins of the 135 races

In Burmese. See summary in English in Nick Cheesman's article in 2017 above

Includes passage on division of 135 national races into groups

Tables on Race and Language published in the 1931 Census Report

Cecil Lowis: The Tribes of Burma 1919

Wikipaedia has a well-researched paper on Chinese historical migration and residence in Myanmar.

"Burmese Chinese, also Sino-Burmese or Tayoke, are a group of overseas Chinese born or raised in Myanmar. Although the Chinese officially make up three percent of the population, the actual figure is believed to be much higher. Among the under-counted Chinese populations are: those of mixed background;[those that have registered themselves as “ethnic Bamar” to avoid discrimination; those that moved to Myanmar from China during earlier Qing Dynasty because of Manchu rule; new Chinese immigrants and traders that have resided in Upper Myanmar since the 1990s (up to 2 million by some estimates) but are not counted due to the lack of reliable census taking."

Comments on the 1982 Citizenship Law

"The process of rendering stateless hundreds of thousands hitherto identified or self-identifying as Rohingya but now officially designated 'Bengali' was not de jure but de facto. It was not achieved by complying with the terms of the Citizenship Law per se, even though the law’s contents were in their general intentions inimical to the interests of this population, but through their deliberate breach and selective application."

Extract from "The Hidden History of Burma"

"In 1982, a new citizenship law was enacted. There is a common perception that the Rohingya were stripped of their citizenship by this law. That's not true. Under the previous law, enacted in 1948, more or less anyone who was living in Burma at the time could register to become a  citizen. Under the new law, taing-yintha native were automatically citizens, and other, for example Indian migrants, who had become citizens under the older, more liberal law were still citizens. Complicating the picture, though, were many undocumented people who were not considered native, like most Muslims in Arakan. It they or their ancestors had arrived in British times (the "Chittagonians"), they could become naturalized as "guest" citizens. Their descendants by the third generation would be considered full citizens. Thus, by today, seventy years and three generations after independence, citizenship should be equal for everyone except  actual and recent illegal immigrants. But that's all in theory. Practice was and is different, and discriminatory." 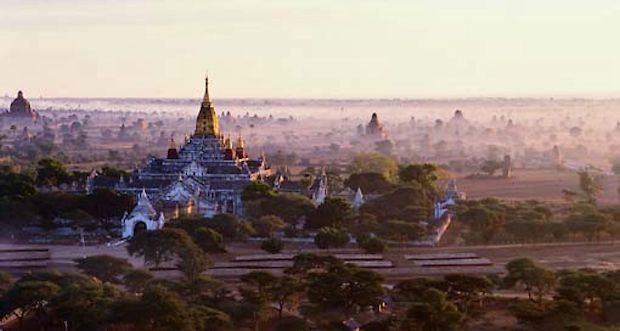 As Robert Taylor observed in his 2006 Article “The Legal Status of Indians in Contemporary Burma”, the planning for the 1982 Citizenship Law was a consequence of the introduction of the 1974 Burmese Constitution. This preceded the refugee crisis arising from Operation Naga Min examined in the “Exodus” page on this website.

The necessity for new legislation to deal with citizenship became apparent in the mid-1970s when the bureaucracy found themselves in a muddle over how to handle applications for citizenship, made in the 1950s under immediate post-independence legislation, which had been outstanding in most cases for some twenty years. The confusion was compounded by the abolition at the time of the 1962 military coup of the 1947 Constitution on which the legislation was based.

The new legislation was drafted by the Burma Law Commission appointed by the Council of State in 1977. As Taylor noted in his article (available for US$ 5.00 from ISEAS), the Law Commission toured the country with a draft for public consultation. A revised draft was published in the local press in April 1982.

The new law sought especially to deal with the problem of illegal immigration. By the late 1950s the number of unprocessed aliens in Burma was in the region of two million. Though some 300,000 Indians and 100,000 Overseas Chinese, mainly engaged in the business and financial sectors, had been obliged to leave Burma in the mid-1960s, there remained a hard-core of some 1.5 million unprocessed applicants for either Burmese citizenship or foreign residence rights as well as illegal migrants in a state of limbo.

The law was intended to clarify the legal position of the estimated four per cent of the population who were of Indian or Chinese descent, whatever their citizenship status. General Ne Win set out his intentions in a speech immediately prior to the promulgation of the law.

An immediate concern was the position of Arakan Muslims affected by Operation Naga Min, but the new legislation was primarily designed to deal with a nation-wide problem. In this Ne Win was not to succeed, mainly through lack of political will to implement the provisions of the new law.

The issue with respect to Arakan is discussed in detail in an article which I wrote in 2017 (at this link).